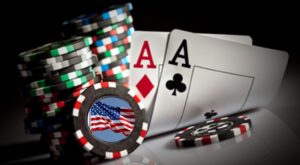 Ever been gamed?  How does it feel?

Have you been in the complex muddle of an airline ticket purchase online?  You’re about to press the “buy” button for the flight you need, then suddenly and without warning, the computer playing against you raises the price $100?  Or how about waiting patiently in line for a flagger to allow you past a construction site, just as an expensive car speeds around to the head of the line?

These are illustrations of what MBA gamers call zero-sum games.  For the guy in the flashy car to grab a primo spot in front, you and everyone else must endure being shoved back in the queue; must endure delay.  For the guy writing airline ticketing code, you and everyone else must give up money and time so he can rise in his organization to claim obscene levels of compensation.

If you’re like most everyone, your list of victimization by gamers and by all sorts of their games, is endless.

MBA training has changed over the years, bigtime.  Now, to succeed in competitive graduate business programs, you must be a skilled gamer.  Perhaps your new job will be to set fares for airlines.  Or perhaps it will be to set strategy for an elected official’s political campaign.

Pseudo-capitalism always involves deception or fraud, either illegal or legal.  It’s about the economic swamp needing to be drained.  This is the real economic swamp of short-term thinking, corruption, wealth-hoarding, rigging and gaming schemes and the like.

Consider the business empire of Donald Trump, a consummate gamer.  Trump’s entire career has been about out-maneuvering and out-bullying the ones against whom he negotiates, then about taking the money and running.

Now, the big event of Donald Trump’s career is gaming the American political system.  Critics say Trump has fostered the toxic environment for the political violence he denounces.  In the runup to midterm elections, his gaming strategy involves whipping up authoritarian followers with claims about opponents, he asserts to be so evil and dangerous, they should not govern.  One of his minions mailed pipe bombs to CNN and the homes and offices of visible Democratic opponents.  Another, spewing vile rhetoric even to the right of the President, gunned down defenseless worshipers at a Pittsburg synagogue.

From the beginning, candidate Trump used gaming language to appeal to nativists.  In his closing ads two years ago, he warned darkly of prominent Jews and intimated Hillary Clinton partnered with them to dominate the international community.

Consider comments by the Editorial Board of The Washington Post following the Pittsburg synagogue massacre.  These writers speak of atrocities against minorities, but their counsel also provides a pathway for Americans being gamed in general.

Refuse to become accustomed, they counsel.  Insist on being shocked and outraged when the abnormal becomes normal, no matter how often it confronts us.   Never accept; never give in.  Never become accustomed to being gamed.

Have you been gamed?  Perhaps you have a story needing to be told.   Your chance to tell it is here, scroll down to the bottom of the page and click the “Send Your Story” button.