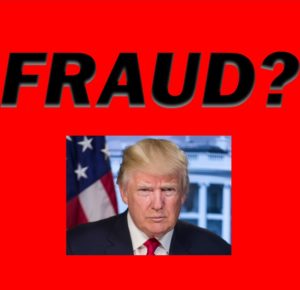 In America’s economic “storybook,” this is where President Donald Trump will fit in.  He’s playing an economic and political role parallel with American President Herbert Hoover, from a century ago.

Hoover’s the one that economists associate with a failed culture of orderliness.  Locked up with him in his dysfunctional, rigid thinking about how he believed the economic world should work, were millions of unemployed Americans.  Three years following the great stock market crash of 1929, Hoover continued to lead the nation on a disastrous “autopilot” course.  “Wait,” he appealed, for orderliness and full employment to return naturally.  But “naturally” never happened.

President Franklin Roosevelt took the leadership reins at the Great Depression’s bottom, at his inauguration in 1933.  Rather than to merely rail against market disorder and wait for orderliness to return however, Roosevelt jump-started pragmatic initiatives to put Americans back to work through public job creation programs.

Now, America’s in the midst of a second meltdown due to over-reliance on a second glitch in economic doctrine.  But this one looks much different from a century ago, and its consequences are exploding.  This one fails to say what the extra reward shall be to ethical capitalists.  Consequently, it creates a potential freeride for riggers, gamers, and scammers who claim the benefits of being labeled as legitimate capitalists, but without giving back what American communities expect from their business leaders.

A CULTURE OF FRAUD?

Our proposed new poster icon for American fraud is President Donald Trump who personifies doctrinal confusion between the moral capitalist and the pseudo-capitalist interloper.  As a group, Trump voters care little that their leader is becoming historically associated with a culture of alleged fraud.

Trump voters are alienated and angry.  Red-state politics are the politics of economic humiliation and vindictiveness.  Trump, allegedly, is a master at conning his “true-believers” into taking positions against their best long-term economic interests.

Red-state political cultures typify economic failure, particularly following the Great Recession of a decade ago.  Brookings confirms this.  Trump voters are older, whiter, less diverse and more rural, living in communities where college attainment is stagnant.  They congregate in male-dominant jobs in traditional industries with lackluster productivity and incomes.

Ten years following the onset of the Great Recession, GDP growth in congressional districts that vote reliably Red, had turned negative.  Not so in Blue voting districts, however.  There, GDP had grown fully one-third, with total GDP now splitting almost two-thirds nationally for Blue districts, in contrast with one-third for Red districts.

Now comes the release of Donald Trump’s tax returns, by the New York Times.  With the Biden-Trump debates at hand, these are some of the things Trump’s finances reveal.  Links to key articles are below.

First off, Donald Trump is anything but a self-made economic success.  Instead, he leads a dysfunctional political culture that includes alleged association with many initiatives abutting rigging, gaming and scamming.  Fraud will become the byword of this failed president, I allege.  It’s analogous to a very different type of failure Americans associate with economic failure one century ago, during the Herbert Hoover Administration.

How Trump used the U.S. tax code to his benefit in three ways

The Biggest Revelations from the NYT’s Bombshell

Here’s a link to our last post on fraud.