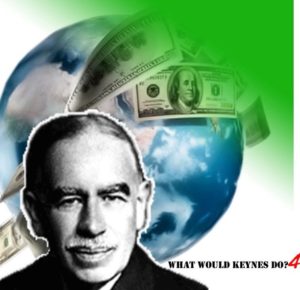 Nobel laureate Joseph Stiglitz explains why American capitalism is under enormous stress.  In “People, Power and Profits” (2019) Stiglitz observes, while the relative income share claimed by rent is increasing, the shares flowing to labor and to productive capital are decreasing.  What has changed in recent years he asks, to tilt America backward, toward an income distribution favoring rentiers?

Explicitly, there is an explosion of rent-seeking financial activities within the United States and throughout the capitalist world.  Stiglitz makes a prescient observation that opens a visual window into our understanding.  “If talented individuals in society are attracted to rent-seeking,” he observes, “whether making more money through the exertion of monopoly power or scamming others in the financial sector or enticing them into gambling or other nefarious activities—then fewer talented individuals will be engaged in basic research, providing goods and services that individuals really want and need, and other activities that increase the real wealth of the nation.”

As a child I was schooled in Mormonism, a very authoritarian religion.  On Sundays the Sawyer kids were marshalled off to the neighborhood meetinghouse (or perhaps lecture-house).  Neither parent attended, however.  Mother was a lapsed Mormon and Father, a lapsed Christian Scientist.

Early on, I figured out that financial success is especially important to becoming a successful Mormon.  The Church’s popular culture contains significant elements of “wealth-worship” including the embedded perception that wealth and status are manifestations of God’s favor.  Beyond that, the religion embraces huge emulation effects in which aspiring “wannabes” track success-aspiring families and individuals who demonstrate a knack for collecting both status and material goods.

So I began “learning the ropes” with help from my maiden Aunt Leona, who taught me how to pick stocks, when I was twelve.  She was into penny uranium stocks in the 1950’s.  These were mostly unregulated and all the rage on SLC’s stock exchange.  Most of the mines in which she “invested” however, were shuttered and little more than financial shells, conveniently available for manipulation by speculators.  It didn’t matter whether a company had valuable assets she said, somewhat humorously.  You just watch to see which stocks are going up, then you grab some shares, but you must dump them quickly when speculators lose interest before they move on to their next rosy-colored adventure.  The term casino capitalism aptly describes the game in which Aunt Leona played.

Decades following her penny stock forays, Utah’s Mormon culture remains enthralled by get-rich-quick financial schemes.  SLC law firm Ray Quinney & Nebeker caution Mormons especially, to be wary of congregants around them who make financial pitches.  Its website describes yet another sad story of affinity fraud within the Mormon community.  In the most recent case cited, the perpetrator or perp from St. George is serving two years in prison, RQ&N observes.

STIGLITZ AND WOLF ON FINANCIAL SCAMMING

The essence of legal and illegal financial scamming, according to Joseph Stiglitz, is to become wealthy through the exploitation of others, such as affinity frauds described here.  Scamming occurs, he observes, through the exercise of market power to gain higher prices.  It occurs through predatory lending and market manipulation.  And it occurs through blatant corruption.

Too-many Americans feel powerless, according to Stiglitz, “…against their:

And they resent it.

It has deep consequences for them as individuals, for our politics and for every aspect of our society.  In so many areas they have no choice.  For instance, as employees or customers of their banks, they have no choice but to sign away their rights to a public trial in the case of a dispute…they have to accept a business-friendly arbitrator.”

Similarly, Martin Wolf considers why so many Americans feel pejoratively, what might be called being folded, spindled and mutilated.  But are all complaints real, he asks?  Or are some merely perceived?  How can we sort out legitimate economic grievances from political distractions?

In a pivotal 2019 Financial Times article on this subject Wolf reviews some bogus, popular perceptions.  Among them are that America is being hobbled economically by illegal and legal immigration, and by other economic threats from America’s foreign competitors.  This is what he concludes:  “…the notion that rising inequality and slow productivity growth are due to foreigners is simply false.”

So, what explains why innovation slowed after the mid-20th century?  What is the real culprit in America’s economic wind-down, evidenced by slowing productivity and rising inequality?

The answer lies within the contemporary character of rentier capitalism, Wolf concludes.

According to Stephen Cecchetti and Enisse Kharroubi of the Bank for International Settlements, a certain level of supportive finance is essential to robust economic development, BUT only to a point.  Beyond that point, “…it becomes a drag on growth…”  A fast-growing financial sector is detrimental to aggregate productivity growth, they conclude.

It works this way, Martin Wolf explains.  When an economy’s financial sector is growing quickly, talented people are brought onboard, even as lending increases and credit expands.  Eventually however, new talent becomes diverted away from productive activities, toward those that are less socially useful.  Gambling is a stark example.

One might think of how this productive-nonproductive cycle evolves, analogous to Mormon-style affinity fraud.  Early adopters bring creative genius and extra measures of industriousness.  Later in the cycle however, wannabes may offer little more than the exploitation of vulnerable individuals and institutions.

Wolf cites Thomas Philippon and Ariell Reshef who tracked financial deregulation during the go-go 1980’s, the period of Ronald Reagan’s ideological dominance.  They conclude, between 30 and 50 percent of the pay differential received by finance professionals was actually an income flow to economic rent.  Alternately stated, as much as half of the differential income flowing to these people was payment above and beyond what would have been required to attract them into the industry.

Winner-take-all or winner-take-most dynamics are an accoutrement of huge financial gains.  To illustrate, finance and related professionals crowd into economically pulsing metro areas.  San Francisco’s Bay Area is one of them.  Those left behind, however, become trapped in left-behind towns, spread across mid-America.  Sadly, the left-behinds and the communities in which they reside become economic pariahs.

Surely, Martin Wolf concludes, the explosion of financial activity since 1980 has not raised the growth of productivity.  If anything, it has lowered it.

Some related characteristics are:

How might JM Keynes respond to the problematic laid out by Joseph Stiglitz and Martin Wolf?  Consider this.

Fixes must extend beyond mere financial re-regulation.  Setting capitalism aright requires much more than mere band-aid fixes to rentier culture.  A fundamental rethinking of the origins of fraud-laced pseudo-capitalism has now become de rigueur.  This necessitates fearless, continuing assessments and actions, to realign the way in which some economists think our economic world should work, with the actual way in which it has come to work.

Some aspects of required vigilance are:

Authoritarian Views Are, by Design, Too Simplistic

Rejection of the simplistic world view that economically, there can be only two doctrinal choices. The real world requires more alternatives than merely, “laissez-faire capitalism on the right and Marxism on the left.”  A theory of the middle is sorely needed.

The role of government is crucial to envisioning and to creating, whatever the dynamic middle may be. This entails a democratic search for whatever American capitalism’s mission shall be.

We can hear claims that ‘this is not us’ when we see fraud, corruption, and violent protest at our nation’s Capital Building but we need to face reality – this is us!

America’s culture wars actually are attempts to define the overall mission within which American capitalism will operate. This determination should be made explicitly through public action, rather than implicitly, such as through Internet bantering and bullying among opponents.

The Threat of Autocratic Leadership

Lacking a specific mission and the social will to carry it forward, America will continue to be vulnerable to the whims of popular autocratic leaders, which the Donald Trump presidency has represented.

Disequilibrium must be taught in universities in order to understand it as an analytical strategy. Standard macroeconomic curricula are long overdue for the bold introduction of this perspective.

Ethics must assume, urgently, a new role in MBA curricula.

Some of the tools for policy and regulatory realignments are waiting to be dusted off, reclarified, and then redeployed. For instance, authorization for the progressive income tax dates to the 16th Amendment (1913) from America’s Progressive Era.  Key enabling antitrust legislation dates to the Sherman Anti-trust Act (1890).