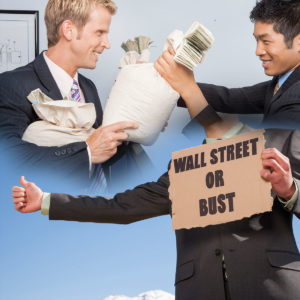 We’ve described a hypothetical scenario in which an 18th Century farmer removes a plow horse from the field, then tethers it near his door solely for the pleasure of his children. Farm output and productivity slip. Then we linked the scenario to contemporary American capitalism.

We call this pseudo-capitalism. It has evolved to include all sorts of wealth-hording schemes akin to the 18th Century version of removing the horse from the field. Some of these are known as rigging, gaming and other rip-offs undermining community, citizenry and work force. Nefarious among these is vulture capitalism in which self-proclaimed investors actually disinvest by dismantling the companies they control and furloughing their workers, then selling off corporate assets to high bidders.