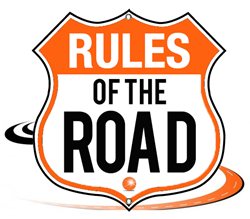 A century-and-a-quarter ago, Utah’s Mormon culture yielded to a quest for statehood, culminating in 1896.  Once formally admitted to the Union however, the dominant religion returned to its “dance” with the secularism it had chosen to adopt.  This “truth dichotomy” continues into the present.  To out-of-state visitors, Utah’s culture warfare may appear as a “dust-up” that pits the State’s two flagship universities and their constituencies, one against another.

The University of Utah in Salt Lake City is state-chartered and secular.  Brigham Young University, a one-hour drive South along Interstate 15, is a religious institution, and more passionately resourced.  BYU is sustained by member-donated, tax deductible tithes given by those seeking to remain in good standing with the institution known formally as The Church of Jesus Christ of Latter-Day Saints.

Now as then, Utah is a microcosm of the culture wars raging across America.  What follows then, is this: A set of “rules of the road” or principles that if followed, could tamp down cultural conflict, statewide.  If these simple “rules” might lower culture-heat in Provo and SLC, then why not nationwide, also?

[Jim Sawyer’s Proposed] “Rules of the Road” for Tamping Down Culture Conflict in Utah and elsewhere:

Utah Sees Mormon Membership Slowdown
Whistleblower Alleges 100B Hoarding Scandal by Mormon Church
How does “Utah, the Other Four-Letter Word” link with Capitalism in Crisis dot Org?
Blog 3: Don’t Litter or We’ll Send You to Utah!