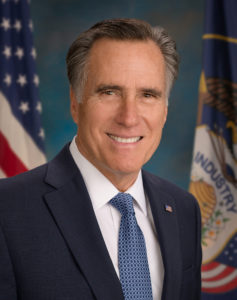 Statement released by Richard Davis, United Utah Party Chairperson and BYU Political Science Professor on the occasion of Donald Trump’s “vindication” by the U.S. Senate, following his impeachment in the House of Representatives:

Today, the state of Utah and, indeed, the nation as a whole witnessed a rare act of unparalleled political courage. Senator Mitt Romney’s decision to vote to convict the president on the charge of abuse of power was a powerful reminder that moral courage is sorely lacking in today’s political environment, but that there are individuals who still hold to a sense of the importance of their duty to the country.

Mitt Romney’s courageous act brings to mind the impeachment of Richard Nixon.  During the run-up to that event, and at another time of great angst among moderates and liberals, E.B. White penned this rather profound statement, below.  Perhaps it offers solace and hope in our time, also.  White was responding to a Mr. Nadeau who sought White’s opinion on what he saw as a bleak future for the human race.

Sailors have an expression about the weather: they say, the weather is a great buffer.  I guess the same is true of our human society—things can look dark, then a break shows in the clouds, and all is changed, sometimes rather suddenly.  It is quite obvious that the human race has made a queer mess of life on this planet.  But as a people we probably harbor seeds of goodness that have lain for a long time waiting to sprout when the conditions are right.  Man’s curiosity, his relentlessness, his inventiveness, his ingenuity have led him into deep trouble.  We can only hope that these same traits will enable him to claw his way out.