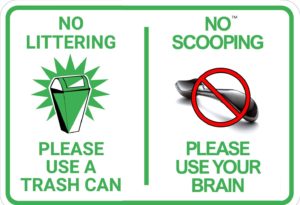 What’s the link between Utah and capitalismincrisis.org?  I’ll explain.

Consider a sign posted on the Boston Common, put there to dissuade messy picnickers five decades ago.  Don’t Litter or We’ll Send You to Utah, it threatened humorously.  It’s an illustration of why for some, Utah was and perhaps still is, a four-letter word. (Some consider economics also to hold four-letter word-status!)

Why Utah, though?  As a 20-something then, and a member of a Washington DC-based consulting team, occasionally I’d attend meetings in Boston.  Before dinner each evening, some of us jogged on the Common.  As the team’s only Utah member, I took special notice of the sign.

So, why were Boston liberals picking on Utah and its predominant Mormon culture?  Perhaps because humorously, they believed the state to be populated by “scoops.”  It’s a derogatory term, for sure.  In Bean-Town lingo it could mean something akin to what far-right political commentator Rush Limbaugh calls his “ditto-heads.”

According to a colleague, her kids once were steered close to Mormonism by the mother of her daughters’ friend.  Prior to intervening, Joan says she felt her preschoolers were coached and controlled somewhat by catchy songs they’d bring home and sing throughout the week.  She says she intervened out of concern her children might end up as scoops; acting like their brains have been scooped out metaphorically, Joan muses.

Adults get scooped through willingness or vulnerability, she believes.  Then their volition becomes forfeited to control by someone higher up in the pecking order, perhaps someone both trusted and feared.  In this way Joan notes, potential victims can get scooped easily since they can’t or won’t make critical life choices without first getting authoritarian approval, in this case from someone in the Mormon hierarchy.

Presumably this is the backstory behind the quirky, humorous Boston sign threatening miscreants who litter with expulsion to Utah.

Another illustration?  My now-deceased wife worked in SLC for the Associated Press in 1977.  Among her tasks, Liz was sourcing stories for national news feeds about the Utah Women’s Year conference.  These were being held in each state to support gender-based dialogues about the proposed Constitutional amendment and accompanying proposals, together known as Equal Rights.  In that moment Utah became nationally visible, emerging as ground zero in the culture wars, already simmering four decades ago.

This is what she told me, although Liz never shared her narrative publicly.  Rumors circulating inside the female-dominated Salt Palace appeared credible she reflected, but Liz refused to write them without first verifying a surreptitious walkie-talkie scheme.  She was only one reporter working alone she said, and unable in that moment to unravel all that was happening around her.

According to what Liz heard from multiple sources, devout Mormon women were using walkie-talkies to signal male authorities outside the building, feeding them texts of policy proposals about to be voted up or down.  Then, the males ruled on the appropriateness of what they heard, directing those inside to cast ballots in a specific manner opposed to the Equal Rights Amendment.

So much for gender autonomy.  So much for Utah’s alleged scoop-type culture.

Let’s sum up then, via this post’s initial question regarding how scoop-type behavior connects with Capitalism in Crisis dot Org.

Capitalism is a doctrine based on particular values anchored in laissez-faire ideology.  Indeed, capitalism embodies a vision of how the world of commerce is reputed to work, as opposed to the way in which the economic world actually works.  Regarding scoops then, macroeconomics overlaps somewhat, both politics and religion.  Each tends to anchor itself in disabling authoritarianism, at times conflating belief with reality.  The hope for America’s transformation in each of these areas then, lies in veneration of reality over belief, and in practiced citizen behavior, both informed and ethical.  In short, no scooping allowed!