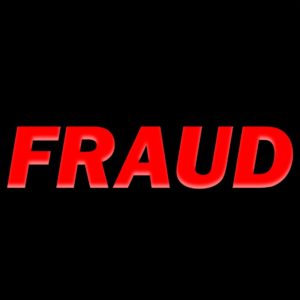 Fraud’s on the rise in American capitalism, politics and culture.  It occurs when a “sucker” is tricked, duped or hustled into acting against their best interest.  Deception always plays a part.

Here’s four alleged frauds, drawn from the news on a single day, the last day of Summer, 2020:

Trump Could Be Investigated for Tax Fraud, D.A. Says for First Time

President Trump refused Wednesday to commit to a peaceful transfer of power if he loses the election, asserting that if he doesn’t win, it will be because of fraudulent mail-in voting and not because more Americans voted against him.

One day later when asked if he would commit to a peaceful transfer of power if he loses the 2020 election, Trump responded: “We’ll have to see what happens.”

Donald Trump is placing the American nation squarely in the crosshairs of the most dangerous constitutional crisis since the Civil War.  For Trump and his administration, fraud is rampant; indeed, it’s a preferred strategy and a daily style.

Among European economists who face somewhat similar economic and political problems, a consensus is building.  Political crisis cannot be resolved without first dealing with the crisis imbedded in the conventional economic paradigm.  Politics is anchored in economics.

We the People must draw a bright line to segregate fraudulent pursuit from the pursuit of self-interest rightly understood.  We must come quickly to comprehend and to act out of communitarian rather than libertarian values. We must come quickly to align our economics and our politics behind the common good, democratically determined.

Imbedded in the economic paradigm is a Second Glitch. The First Glitch, Say’s Law, evolved into a time bomb producing the Great Depression.  Now we have a second one, powered by a second doctrinal glitch.

Economic doctrines solidify and stagnate, but real-world economic problems grow ever more complex.  Paradigms must be refurbished to keep them up to date.  Say’s Law was rejected almost a century ago, allowing economists to face disequilibrium boldly, then to use government’s demand-creating powers to solve recessions and depressions.  That’s the history of the First Glitch.

Now, an obscure Second Glitch is becoming a dangerous time bomb, economically and politically. It fails to distinguish any extra reward to the ethical capitalist. Consequently, hidden in our economic paradigm is obscure language leaving out what tax and regulatory penalties should be applied to pseudo-capitalists who commit economic or political fraud.

English economist Joan Robinson showed the intellectual way out of this chaos, but until now, it hasn’t been essential to revise obscure passages in economic doctrine.  Now, these must be turned into practical prescriptions for saving America’s economy, America’s government and America’s civil society.

I’ll be looking specifically at how Robinson’s dictum of the profit lacuna and its solution, can be translated into a set of prescriptions to stop fraud.  It’s the first crucial step America must take to draw a bright line around the repulsive self-interested politics of people and corporations that play by the strategies so evident with Donald Trump.

Fraud is exploding in American capitalism, politics and culture.  Deception plays a huge role.  We must change the way we think about how the world works.  Fixing economics is the first step toward fixing politics.

Here’s a link to other posts about How to Repair Capitalism.