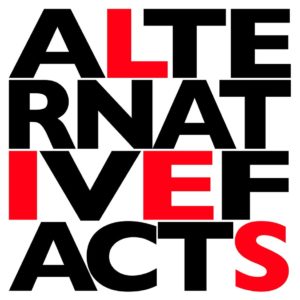 Is it possible for Americans to exit the debilitating culture wars?

Yes, but the path toward healing runs through respect for one-another in public places such as the Internet.  These places, city council hearings and Congressional inquiries included, are how we “meet in the middle” to form public policy governing all citizens, regardless of belief.

These places should also be places of stewardship.  Through them, our generation makes choices that influence the lives of those who will come after us.

To get to middle ground, we must adopt a common policy language.  That language is science.

How can science help?  It allows separation of what is known from what is believed.

When we are believers but not knowers, we ought to respect the rights of other believers, even those who may not agree with our particular beliefs.

This is how Twentieth-Century philosopher Karl Popper mapped out separation between objective public knowledge and subjective private belief.  According to him, a bona fide knowledge proposition must be capable of being invalidated.  That is, it must be able to withstand objective, scientific inquiry.  Otherwise, propositions submitted for consideration in public arenas should not be described as knowledge, but belief instead.

Science advances over time.  For instance, Isaac Newton thought the natural world to be orderly, but following after Newton, Albert Einstein demonstrated order in the natural realm is a special case, not the norm.  Consequently, physicists in the Twentieth and Twenty-first centuries have updated their profession’s thinking.  Newton continues to be saluted for his brilliance, but the applicability of some of his ideas is limited to special circumstances.

Economists borrowed heavily from Newton by conceptualizing a commercial world based upon orderliness.  Adam Smith’s guiding vision of a self-regulating economy for instance, is an interesting but special case of the knowledge vs. belief morass we are describing.

Unfortunately, the economics profession has been less than forthright in comparison with the physics profession in specifying limits of Newton’s orderliness vision.

Adam Smith was brilliant for his time.  If he lived today however, it is likely he would borrow from Einstein by declaring economic orderliness to be a special case rather than the norm.

Smith would then come to a very different conclusion about the role of government.  Rather than viewing it as an obstacle to improvement of contemporary living standards, he would likely come to this conclusion: government policy actually enhances rather than detracts from desirable economic outcomes.

It’s time for economists and policy makers to qualify the now-outdated use by Adam Smith of Newtonian orderliness as it continues to be used by conservative economists who advocate for government-free economic and social policy.

It means this.  Science is not “alternative facts” to be dismissed conveniently by those who feel its conclusions are biased against their world views.

Human evolution and human-caused global warming are real.  Rather than dismissing credible knowledge in any area of scientific endeavor, ultra-conservatives ought to consider this.

Don’t start with belief, then adjust one’s interpretation of what reality ought to be, to fit one’s personal subjectivity.  Instead, start with what is known scientifically, then ask how subjective private belief ought to be adjusted to the reality of how the world actually works.