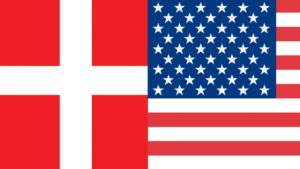 Check out the short video (link below) describing life in socialist Denmark where people report happier lives (#2 worldwide) than the United States (#15 worldwide).

Some American ultra-conservatives abhor socialism, even socialism so bland as when voters agree to tax themselves to educate someone else’s kids.

So ask yourself: why do American conservatives run scared of socialism, really?  Is it because a shift toward the Denmark model could change-up the American power structure?  Perhaps even dis-empower Republican elites relying upon scare tactics to keep their members in line politically?

Or more profoundly, is socialism scorned by ultra-conservatives because of certitude their views go beyond mere belief, to “known” reality?

Believing is not knowing, however.  It takes courage to own when one is merely a believer; to respect others also, even those whose beliefs differ from one’s own.

If you are politically ultra-conservative, try this.  Acknowledge you “don’t know” when indeed, you don’t. Begin by accepting that you have no direct pipeline to truth about socialism or most anything else; no direct access to the mind of God.

Then, stop beating up politically on other Americans who have no problem with the Danish experience.  Instead, try accepting these folks also as good people who merely see things differently than you do; merely different from how you believe the world ought to work.

From The Nation: People in Denmark Are Much Happier Than People in the United States. Here’s Why.
View a sample Module 29