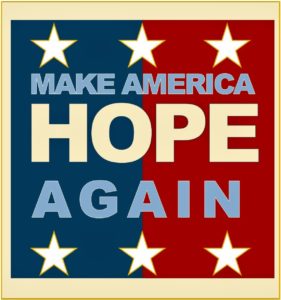 The Great Recession has also become the Great Divider, not unlike the Civil War.  Now as then, America’s new great divide splits along a fault line pitting big losers against big winners, politically and economically.  Such is the root cause of America’s cultural warfare.

Tragically, many who call themselves winners are what capitalismincrisis.org names as pseudo-capitalists.  These folks enrich themselves as capitalists, but often they contribute little beyond pursuit of their own self-interest related to finance, wealth-hoarding and political manipulation.

Metaphorically, pseudo-capitalists turn plow horses into the nonproductive equivalent of hobby horses.  Rather than to use economic resources designated by society for egalitarian-oriented capitalist growth, pseudo-corporatist practices instead devolve into something contrary to the common good, to use 18th Century moral philosopher Adam Smith’s term.

Mid-19th Century, losers were spread across the slave-holding agricultural South.  Now, they’re concentrated in America’s agricultural belt, overlapping America’s decaying industrial heartland.  Brookings reports recent findings that are sobering.  Many who struggle with economic losses are awash in a culture of death and despair fraught with worry, pain and hopelessness.

Losers are prone to higher levels of poverty, obesity, suicide and drug-related deaths including deaths from alcohol and tobacco.  They’re over-represented among the cohort of prime-age males exiting the labor force, who then claim Social Security disability.  Losers with these sorts of characteristics overpopulate mostly rural counties where Donald Trump overperformed in the 2016 election.

Compared with economic winners who tend to congregate along America’s coastlines, losers in middle America are older, whiter and less educated than their urban and suburban peers.  Other characteristics of their decline include falling levels of income and wealth, contempt for government, and disdain for what is viewed as government’s failure to meet the perceived needs of people like themselves.

As a national political party, Republicans have won a presidential election by majority vote, only once in the last 30 years.  Thus, the Party has come to rely on a huge Electoral College advantage favoring rural over urban priorities.  This rural advantage was chiseled into the U.S. Constitution over two centuries ago.  To comparably illustrate in California for instance, one Senator now represents about 20,000,000 people.  In Wyoming by contrast, one senator represents just over 300,000, meaning that on a per capita basis, one Wyoming resident has up to 60 times as much political representation as one California resident.

Due to Electoral College advantage, Donald Trump became president in the face of losing the popular vote by three million ballots.

First and foremost, hope is in reform to preserve democratic institutions and to preserve democracy, in the spirit of our forefathers who surely would have endorsed essential updating from 1791 when the U.S. population was less than 4 million (1790 census).  By contrast, our last decennial census (2010) recorded a population of almost 310 million.  That’s an increase of almost 80-fold through 2010.

With adaptability to America’s changing circumstances based on democratic norms, there’s great hopefulness for the future including hopefulness for resolution of so-called culture warfare.

But without the will of the majority, where can hopefulness be found in our cherished American democracy?