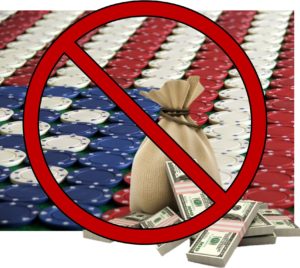 Donald Trump, gamer extraordinaire, uses fear, resentment, even hatred to stoke his political base.  Exaggerations and lies are prolific.  In the seven weeks before midterm elections, Trump made 30 false or misleading claims per day, observes the Washington Post.

The extra reward to holding capital ethically, beyond the lesser reward to hoarding finance speculatively was never addressed by ethicist Adam Smith.  Consequently, many titans are tempted to exploit this subtle void, called the lacuna, by taking positions as wealth-hoarders rather than by making durable contributions to society.  This is what capitalism’s founders expected.  Without due diligence, capitalism has no ethical justification.

Capitalism in Crisis dot Org educates on this oft-subtle margin where too-often fraud abounds, be it illegal or legal.  Nearby is the real economic swamp needing to be drained; the swamp of short-term thinking, corruption, wealth-hoarding, rigging and gaming schemes and the like.

For American capitalism and American politics to become great again, there must be a clean-up of frequent fraud-oriented tactics, known to MBA’s as zero-sum gaming.  Gaming dynamics are not unlike the dynamics of checkers or chess.  For each winner, there must be a loser; typically, some counterparty is gamed, often without their willful consent.

America is at a watershed moment, embroiled in “bright line” cultural crises pitting one ideological side against the other, with precious little wiggle room between.  Unfortunately, competing agendas of the players provide little stewardship opportunity today, for creating justice for those coming after us, tomorrow.

What should we do?  The courageous path begins with education, then illumination, and then action favoring whatever may be the path toward tighter connectedness between pursuit of self-interest and attainment of the common good.

We might think of an image of contemporary America, not unlike a giant nonprofit corporation with a mandate to serve all, for the greater good.  Even so, assuming through public dialog and election the common good could become known to this entity and its electors, would Americans be willing to sacrifice to bring the vision it embraces into existence?

Then, would our countrymen and women act courageously to name pseudo-capitalist behaviors and to hold accountable the perpetrators of fraud?  Would courage extend to regulating and taxing pseudo-capitalist actions?

America can work its way out of this mess so evident now on President Trump’s watch.  Believing in ourselves, even believing in our counterparties is a serious beginning.

America can.  Now is the hour to get our oars into the water, to pay costs forward for the generation following after us.