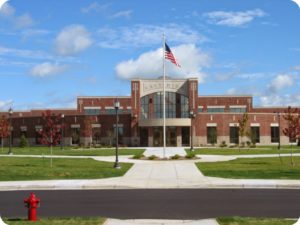 Several years ago, at a workshop I encountered a retired teacher with an interesting “take” on self-interest.  “Why pay taxes to educate somebody else’s kid?” she asked.

I was speechless, almost.  Now, her question frames a huge part of why Democrats prevailed in suburban midterm elections.  It’s about the common good.

Nationally, in the 2018 midterms Reds garnered only 3 in 10 votes in suburban districts, to 7 in 10 for Blues.  Democrats became the favorite of college-educated women.  Still, the Republican base believes swing voters defected because their party wasn’t true enough to Donald Trump’s agenda:  to build a border wall.

Now comes a post-election update from the Republican messaging machine.  According to strategist Karl Rove, the next challenge to cement control for his party’s base may require backing off its culture warfare agenda, somewhat.  Instead, he calls for Republicans to message more boldly on economic issues.

How to do this?  Rove’s Wall Street Journal article describes his strategy, titled “Stopping the Socialist Resurgence.”

Deconstructed, it runs like this.  Play to baser instincts saluting the unvarnished pursuit of self-interest.  Scare.  Convince voters in suburban districts their economic interests are maligned by an ever-more-bloated federal bureaucracy.  Convince them also, a socialist takeover is imminent.

How ought Democrats respond as conservatives bulk up on Rove’s messaging?  In a prior Tip [14], we spelled out three strategies if as expected, Republicans push hard on Rove’s Stop Socialism button.

One strategy is: To Duck.  That is, emphasize a rational view of the federal government role, then get out of the way and let voters decide what they want.

A Second strategy is: To Stand and defend.  Remember: Laissez-faire ideologues are believers, not knowers.  How can they be so strident in defense of their unquestioned 18th Century ideological belief?  How can they be so sure, the economy will magically turn to become efficient and just?

Although Position Two is stronger than Position One, neither is likely to survive right wing scare tactics about so-called socialism’s alleged horrors.  Strategy Three is different, however.

It assumes right-wing ideologues are unmoved by prospects of living more tightly bounded within interdependent community.  It assumes they think and act boldly out of one laissez-faire question: Why pay taxes to educate someone else’s kid?

Perhaps those who leave the suburbs for exurbia see themselves as the smart ones.  Why should they pay for more than they use?   Why not drive toward the metro area to get whatever they need, from their homes farther out the freeway?  Isn’t it savvy just to pay for whatever one wants?

Why shoulder costs of building and maintaining highways, they may ask?  Why pay into tax-funded schemes to create and maintain airports, hospitals, universities, criminal justice and welfare systems and the like?

How might these conservative communities be described?  Within them, aren’t individuals not so much bounded by taxpayer-funded cooperation, as by tax resistance and by tight connection with other ideologues like themselves?

Communitarians of course, favoring tight social contract can never fully justify their choices on economic grounds alone.  College-educated suburban women for instance, can never justify economically, their decisions to pay toward the full cost of sustaining a diverse population.

So, why not concede to Rove upfront, on his claim that liberals are socialists?  After all, it will never be rational on economic grounds alone to pay taxes to educate someone else’s kids.