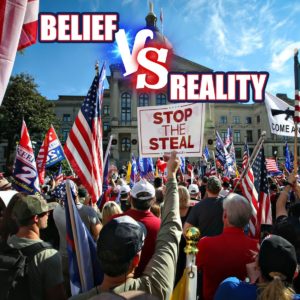 FATHER WAS A MORMON OUTCAST

Buss hated Mormons.  Father had some Mormon friends, though.  More precisely, Buss hated the Mormon Church.  He wore a Masonic ring, proclaiming subtly, he told me confidentially, members of his Illinois brotherhood murdered Joseph Smith, Mormonism’s founder, in a hail of gunfire at the jail in Carthage on June 27, 1844.

Joseph’s crime, according to Buss?  Smith fraudulently expropriated Masonic rituals he said, then converted them to become the Mormon temple ceremony.  Masonic rituals were never intended to be revealed outside of the Order, nor turned into religion, he remonstrated.

How anomalous then, Buss is buried in mother’s family plot in the Morgan Cemetery, on a hillside above her childhood home.  Incongruously, he loved Melba’s hometown.  The hillside overlooks the Union Pacific Railroad, the Weber River and I-84, as these snake through the canyon.  Amid stints as an erstwhile entrepreneur, Buss was a UP brakeman.  Even in days before diesel power, he guided freight trains on their essential journeys.  From this spot, he relished iconic vistas of huge steam engines, belching smoke, hauling loads of West Coast freight up the treacherous canyon, then onward, toward the East.

“STOP THE STEAL” WAS BELIEF, NOT REALITY

Regarding what his “take” might have been on Donald Trump, I’ll make a calculated guess.  If Buss had been living amid this presidential election cycle, he would have backed numerous MAGA claims, perhaps even baseless claims of “Stop the Steal.”  But he would have stopped short of support for Trump’s attempted coup d’état, in part because of a stain handed down from a prior generation.  Buss’s great-grandfather co-led an insurrection against the United States government in 1835, known as New Hampshire’s Indian Stream War.

Contrary to my somewhat-edgy Sawyer lineage, mother’s forebearers were mellow Scots, comparatively.  Melba’s father Charles, modeled integrity throughout his distinguished career in government.  Even though a child of polygamous parents, he became a public servant to all, not only to those with Mormon pedigrees.  Charles aligned first with what is known, and not with what is merely believed.

Charles Ephraim Condie served as school master, county attorney, and water commissioner for the arterial Weber and Ogden rivers.  For two decades, he chaired the Morgan County Republican Party.  But during America’s Progressive Movement, around the First World War, he took an important job at the Utah State Capitol, and never looked back.  Democratic Governor Simon Bamberger was moving Utah in a cosmopolitan direction, toward Progressive Era reforms.  Even beyond Bamberger’s liberal-leaning politics, it’s significant also, he served Utah as a non-Mormon and also as the second Jewish governor in American history.

As with Governor Bamberger, Charles Condie believed in public engagement, and he believed in the importance of the places where public engagement occurs, in city halls, public schools and the like.  These are where citizens meet to resolve differences and to set the course of public life.

It wasn’t always so in Utah, however.  Its predecessor, the theocratic Republic of Deseret, was absorbed when Utah joined the Union in 1896, about the time Charles and Georgiana started their family.  Under that old system, Mormons were encouraged to submit disputes for resolution by the local bishop, rather than to seek adjudication through democratic process.  Doing so unfairly excluded non-Mormons, of course.  Charles would have steered around such parochial expropriations of democratic rights, even though for some orthodox Mormons, vestiges of the old ways remained for years.

In the democratic system Charles championed, neutral civic spaces became the spaces in which democracy was conferred, practically, upon all citizens.  To that end, he was a respecter of all those he served.  Tragically, civic respect is strained, practically to the breaking point, in the Internet’s advent, as it becomes the newest public space, used too often for virulent public discourse.

In all public spaces, Internet included, integrity requires participants to self-identify as believers, not knowers, whenever one’s subject is merely believed, but not known.  If you’re merely a believer, as I asserted in a prior Carpe Diem post, your lack of knowing ought to be acknowledged publicly, whenever you place your beliefs on public display.

Do you know which you are?  Knower or believer?  It varies of course, with the proposition encountered.  Is your favored proposition, one with a basis in verifiable knowledge?  Or instead, do you assert it as reality although it can be defended by little more than belief?

It’s crucial.  For all of us.  Confusion between when we know and when we don’t, stokes debilitating fires of culture warfare.  It is warfare based too often upon conspiracy theories, disinformation campaigns and other pseudo-realities.  Too often its warfare that rushes into combat on cable TV or the Internet, certitude-confidant about how the world works, but with a basis in little more than belief.

Utah’s a place of long-standing culture warfare, amped by rampant misconceptions about believing versus knowing.  In sum, if you advocate for a proposition that can’t be invalidated by objective inquiry, then your assertion is not knowledge-based, but belief-based instead.  To illustrate, advocacy for the Mormon temple ceremony is not based upon knowledge, but upon belief.  For instance, in public spaces in which others don’t subscribe universally to Mormon beliefs, it’s untruthful and disrespectful I assert, for True Believers to describe belief as truth.

In Utah’s ubiquitous Mormon testimony meetings, to illustrate further, adherents attest among other things, that the Book of Mormon is the true written word of God.  Such claims are belief-based and not knowledge based, however.  Philosopher of science Karl Popper explains.

Propositions claiming the status of public knowledge must be evidence-based and therefore refutable.  They must be innately capable of being overridden by impartial inquiry.  If adherence to a particular belief is required as a precondition for the proposition’s embrace, then it’s one of belief and belief alone.

There’s also a tolerance aspect to the Popper rule.  When belief claims collide, their sponsors ought to reflect on this.  As believers rather than knowers, honesty and respect for the other ought to pull us in the direction of tolerance for competing belief claims and their advocates.

In Utah and elsewhere, there’s a corollary for Mormon missionaries; indeed, for anyone evangelizing their point of view.  When one confidently approaches someone’s door, one’s message ought to be delivered heartfully and mindfully this way.  Ready?

The beliefs of the person on the other side of the door aren’t any less “true” than one’s own.